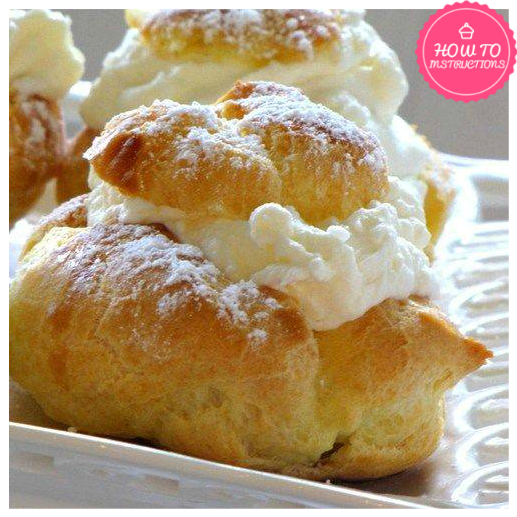 An easy and impressive way to make a great dessert. Whip them up and watch them disappear!

DIRECTIONS
Mix together vanilla instant pudding mix, cream and milk. Cover and refrigerate to set.
Preheat oven to 425 degrees F (220 degrees C).
In a large pot, bring water and butter to a rolling boil. Stir in flour and salt until the mixture forms a ball. Transfer the dough to a large mixing bowl. Using a wooden spoon or stand mixer, beat in the eggs one at a time, mixing well after each. Drop by tablespoonfuls onto an ungreased baking sheet.
Bake for 20 to 25 minutes in the preheated oven, until golden brown. Centers should be dry.
When the shells are cool, either split and fill them with the pudding mixture, or use a pastry bag to pipe the pudding into the shells.