Scientist Believes the Human Microchip Will Become “Not Optional” 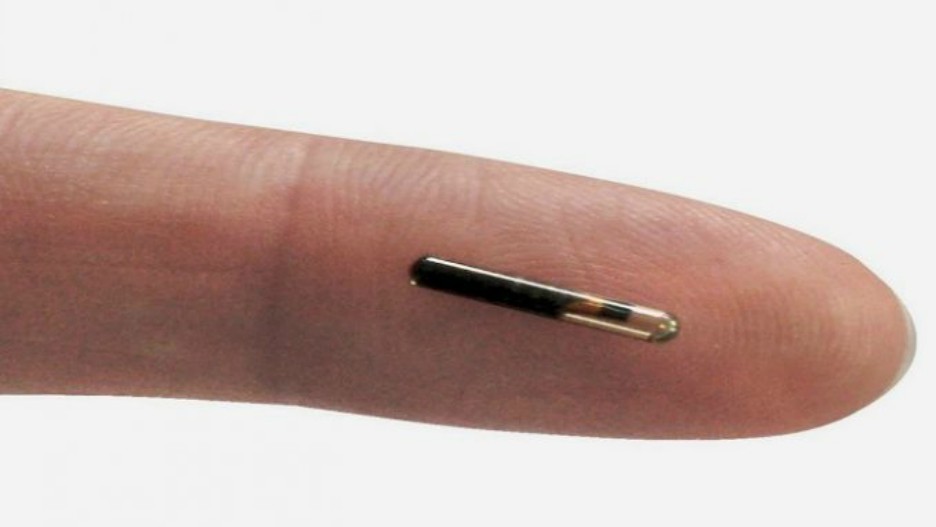 Technologies designed specifically to track and monitor human beings have been in development for at least two decades.

In the virtual realm, software programs are now capable of watching us in real time, going so far as to make predictions about our future behaviors and sending alerts to the appropriate monitoring station depending on how a computer algorithm flags your activities. That is in and of itself a scary proposition.

What may be even scarier, however, is what’s happening in the physical realm. According to researches working on human-embedded microchips it’s only a matter of time before these systems achieve widespread acceptance.

“Chances are you’re carrying a couple of RFID microchips now. And if you are, they’re sending out a 15-digit number that identifies you. That number can be picked up by what’s called an ISO compliant scanner. And they’re everywhere, too. […]

“It’s not possible to interact with society in a meaningful way by not having a mobile phone. I think human implants are likely to go along a very similar route. It would be such a disadvantage to not have the implant that it essentially becomes not optional.”

Your initial reaction to this idea may be one of disbelief. There’s no way society would accept such a device. Why would anyone want to implant this in their body?

Consider for a moment where we are right now. For decades Americans rejected the notion that they would submit to being tracked or recorded.

Yet, just about every American now carries a mobile phone. They’re so prevalent, in fact, that many consider it a “right,” prompting the government to actually provide subsidies to those who can’t afford one on their own.

Embedded in every one of those phones is an RFID chip that can track our every movement via GPS or cell tower triangulation. Moreover, those microphones and cameras that come standard on every phone can be remotely activated by law enforcement surveillance systems, a capability that has existed since the early 2000′s.

But as intrusive as these devices are, they are accepted as the norm by billions of people world wide. Not only that, but no one had to “force” them on us. We are, it seems, the masters of our own enslavement. And we pay top dollar to have the best tracking device money can buy!

Granted, one can simply disconnect from “the grid” by throwing away their cell phone. But, the direction these new monitoring technologies are moving coupled with continued government expansion of surveillance suggests that microchip RFID technology will eventually be non-voluntary.

Michael Snyder of The Truth Wins asks What will you do when you can no longer buy or sell without submitting to biometric identification?

“This technology is going to keep spreading, and it is going to become harder and harder to avoid it. And it is easy to imagine what a tyrannical government could do with this kind of technology.  If it wanted to, it could use it to literally track the movements and behavior of everyone. […]

“And one day, this kind of technology will likely be so pervasive that you won’t be able to open a bank account, get a credit card or even buy anything without having either your hand or your face scanned first.”

It’s difficult to imagine a populace that will freely submit to such digital bondage. But as has been the case with the degradation of personal privacy and rights in America, be assured it won’t simply become law over night.

First, the technologies will need to be generally accepted by society. It’ll start with real-time consumer based products like Google Glass.

The older generations may reject it, but in a couple of years you can bet that tens of millions of kids, teens and younger adults will be roaming the streets while sporting cool shades, interactive web surfing and the capability to record everything around them and upload it to the internet instantly.

Next, as we’re already seeing from early adopters, RFID chips will be voluntarily implanted under our skin for everything from access to high security buildings to grocery store purchases.

Eventually, once the concept is generally accepted by the majority, it will become our new “social security number.”

To gain access to official services, you’ll need to be a verified human. Without verification you won’t even be able to purchase a six pack of beer, let alone get medical care or a driver’s license.

Whether we like it or not this is the future. Every purchase you make and every step you take will be tracked by a tiny 15-digit passive microchip, meaning that the only way to “turn it off” will be to physically remove it from your body.

In essence, we’ll soon live in a world of Always On Monitoring.

Our children and grandchildren – at least most of them – will likely not only submit to implantation, they’ll gladly pay the costs so that they, too, can “interact with society in a meaningful way.”